For players going into grades 5-12

Grades 9-12 may find (2) hole sponsors for the golf tournament Friday August 14 at Bristol Ridge Golf Course in lieu of payment. Have checks made payable to Somerset Blue Line Club. 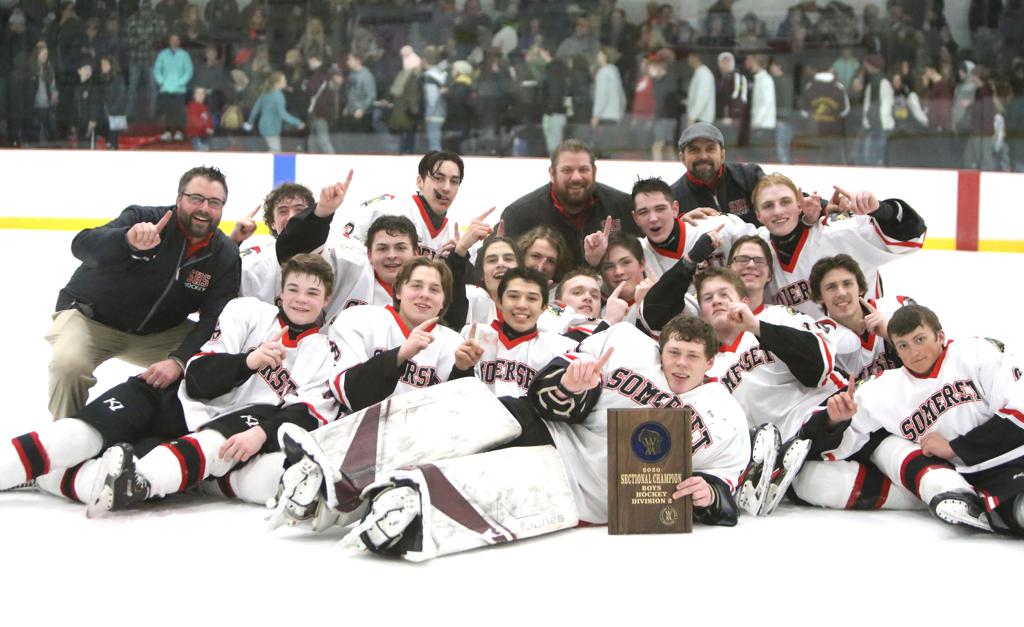 The Somerset hockey team is bound for the WIAA State Championships for the first time in program history.

The Spartans locked up their place in the state tournament by defeating Menomonie 3-2 in the Division 2 sectional title game, which was played Saturday at the Somerset Ice Arena.

Senior Jordan Brown scored Somerset’s first two goals. The Spartans led 2-1 after the second period, but Menomonie used a five-on-three power play at the start of the third period to tie the score. Junior Antonio Gomez scored the go-ahead goal for the Spartans with 3:36 remaining. Owen McDonough broke out on a two-on-one break, getting the ball to Gomez who was streaking down the left side alone. From just above the faceoff dot, Gomez unleashed a backhander that found the far upper corner of the net.

The goal sparked the Spartans, who kept the puck out of their defensive zone virtually all of the remaining game time.